TTT With Bad/Hero Shop Updated With Tons Of Items

N58H4
click to copy
This game is archived.
If you with to unarchive it, click the "restore" button in the options menu.
This code can also be found at workshop.codes/N58H4 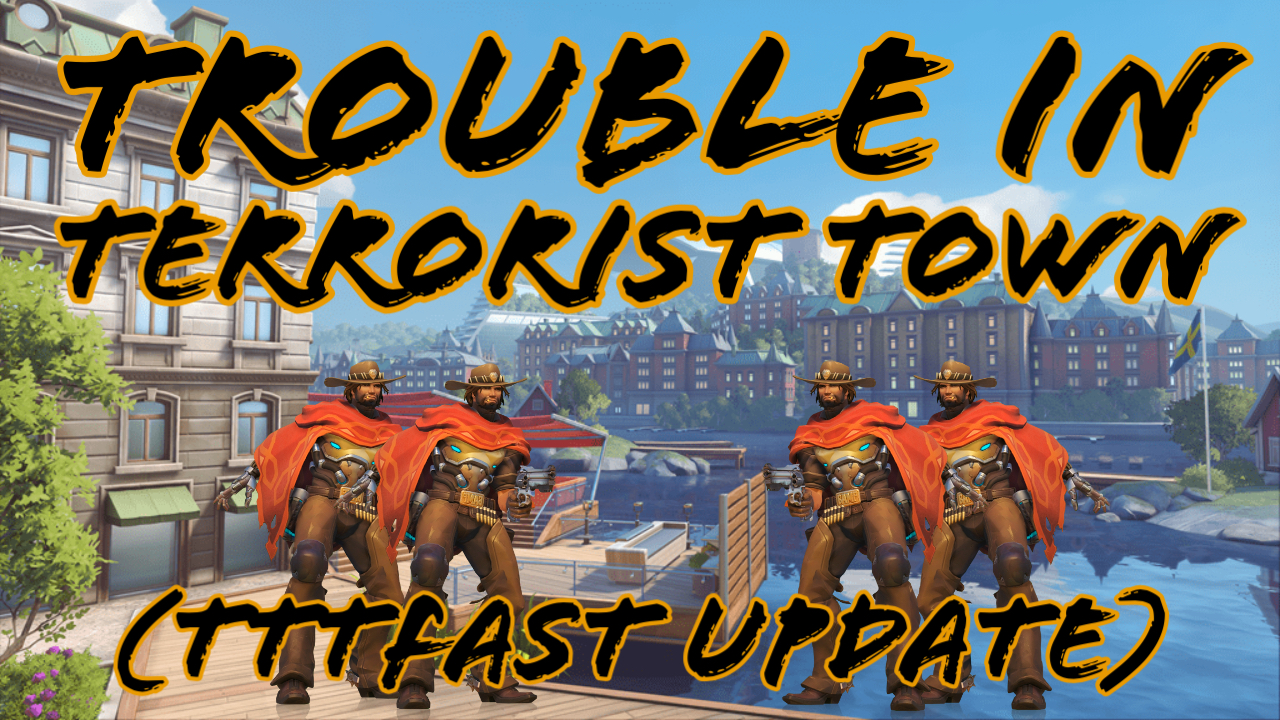 Posted:
about 1 month ago

Last updated:
about 1 month ago

Original code used: https://workshop.elohell.gg/Eh8n7gWaT/TTT+-+Trouble+in+Talon+Town+with+Shop/ For more details use the link above

Known Bugs: After some rounds the game fails to respawn a player and doesn't assign roles. (Not sure why this happens and any input is greatly appreciated) If this happens just reset the lobby

This game mode works best with no more then 11 people as any or then that and some abilities do not work. Multiple abilities added and removed from the original

This ability increases your health to 300

This ability causes a speed boost to the Hero

Forces everyone to stand still.

Reenables Flash Bang after the first one was used to resurrect

Press Melee while aiming at an opponent to sleep them

Press Melee to be invisible for 7 seconds Shooting disables invisibility

Press Melee to activate, This ability globally speeds up and slows down time. Its sure to cause some chaos.

Press Q (Ultimate) To change into a Widow that has one shot and after you shoot you change back into McCree. Alternatively you can Melee to cancel the widow but credits aren't refunded

Press Q (Ultimate) to activate. This ability summons a barrage of Moria damage orbs at your location

Press Melee to activate, This ability summons red smoke to make it harder for your enemies to see, and transforms you into Roadhog

Press Melee to activate, This global ability prevents players from moving forward for a short period of time. Combine this ability with Time Attack for potentially devastating effects.

When you are in the air transform into Pharah and instantly send a rocket barrage out.

Forces everyone to stand still.

More to be added soon hopefully!!! (If You Have An Idea For An Ability You Want To See Contact Me Through My Discord)

The Details of the game mode as written by ModProg

"The Gamemode: TTT (Trouble in Terrorist) like gamemode, with the 3 roles "Bad", "Innocent" and "Hero"

Every player gets spawned as McCree "Bad" players have the objective to kill all "Innocent" and "Hero" players They can use the traitor shop by pressing crouch (Ctrl) To chose an item, move the mouse up and down To buy, select and use, press interact (F) "Innocent" and "Hero" players have the objective to identify and eliminate all "Bad" players "Heroes" are the only players equipped with their flashbang: They can use it to stun other players until they Resurrect a dead player by using flashbang while standing on its corpse. After resurrecting the flashbang gets disabled. Heroes can use interact (F) on corpses to detect player roles When all players on one side are dead, the round ends: Every player on the winning side gets 5 points, "Innocent" and "Hero" players killing players on their side get -1 point per kill. The match ends, when one player gets to 50 points, or the match timer exceeds. Press and hold interact (F) to detect a player's role as detective

The Shop The Shop can be opened by pressing crouch (Ctrl) Items can be selected by moving the mouse up and down and pressing interact (F) New items get bought and selected Already bought items get selected Some items like "Junkrat" are passive items, they get displayed on the left when bought instead In each round 4 of the 8 items are available in the shop The yellow one is currently "hovered" Each bad player earns 1 credit per second and 60 per kill

The Settings Playing an other implementation of this gamemode, I have noticed that it was impossible to change the number of "Bad" or "Hero" players, so I added those to the settings:

The second set of options contain:

S enables the shop Is the price list for the traitor shop: to disable an item set the price to 0, while changing the price, keep the sign! U and V set the upper and lower limit for the shop (for the mouse movement) K enables "detecting" for Heroes ... more to come

The Interface: The interface was created to be easily readable and unintrusiv, on the top left you see your role and underneath a list with all "Heroes", and if you are a bad guy your current money.On the right is a (in the settings toggable) list of players per role.

These are the places "Heroes" have to stand near and look at in order to resurrect and detect. "

Cleaned up the Hero and Bad player Ui

Probably some other changes im forgetting

UI now includes instructions on how to activate abilities.

Adjusted Prices for most items

fixed bugs such as: no forward never going away for good players

Removed Support for 12 player lobbies because it causes some abilities not to work. Lobbies are now limited to 11 people.

Added multiple new abilities to the shop including

Fixed Bug that caused more bad to spawn then intended

Report TTT With Bad/Hero Shop Updated With Tons Of Items