E515J
click to copy
This code is over 6 months old.
Codes expire after 6 months and will no longer function.
This game is archived.
If you with to unarchive it, click the "restore" button in the options menu.
This code can also be found at workshop.codes/E515J 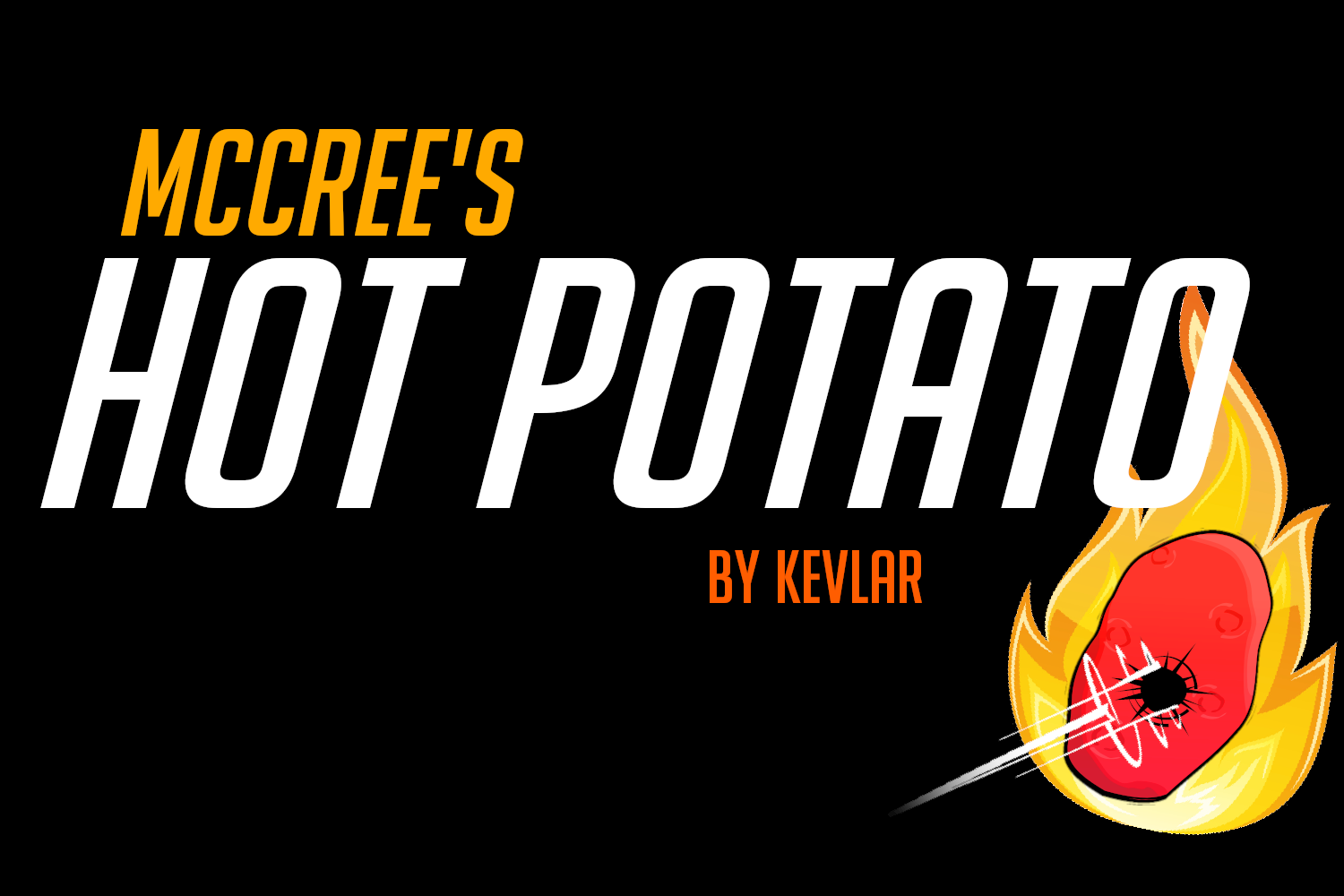 Posted:
over 2 years ago

Last updated:
about 1 year ago

All players are McCrees Stuck in a 12 meter radius zone.

A hot potato is randomly given to a player and starts burning them dealing damage over time. They will also gain a 10% speed boost. The more player in the lobby, the hotter the potato. The potato holder needs to get rid of the potato to stop the damage by shooting or hitting someone else. This will give the potato to the other person and they will burn instead.

Once a player dies, they cannot respawn for the rest of the round. The potato is then given to the player with the most health.

The last player alive gets a point and all dead players are resurrected, starting the new round by giving the potato to the last winner.

The player with the highest score after 8 minutes wins the game.

Leap (E) : You will launch in the air making you able to reach players behind cover (20 sec cooldown). If you land your shot while leaping, you gain 15% ult charge and 30hp.

Immunity (Ult) : You cannot get the potato for a certain amount of time (1 sec for 2 players - 6 sec for 12 players). Immune players sparkle. You can gain ult charge when burning, landing your shot while leaping or landing a headshot.

Those abilities can be disabled by toggling the two rules on the very top in the Workshop editor.

Headshots : Landing a headshot will give you 5% ult charge.

Tiebreaker : If the top players are tied in score at the end of the timer, the other players will instantly die. The tied players will be resurected if they were killed. Ultimate is disabled during this phase. The last player alive wins the match.

Voice triggers : When a player dies with the potato, the player that passed it to him will say "Hello". The round winner will say his voice line.

Players now say OOF for one second when they die.